admin June 29, 2022 English Comments Off on Mazaya Developments plans to invest 4 billion pounds during its first year in the real estate market 0 Views

Mohamed Moustafa: We succeeded in marketing the first phase of Gemini Towers within 40 days only after its launching

Mazaya Developments Company announced the details concerning the investment and construction boom that the company achieved within only 9 months since its starting to work in the Egyptian real estate market, as it succeeded in investing about 1.5 billion pounds in new projects during that period.

Mohamed Allam, Mazaya Developments Chairman, said that the company started its work in the real estate market with an ambitious plan that aims to invest 4 billion pounds in distinguished real estate projects during the first year of the company’s launch, a plan that is being implemented with distinction and reliability.

He added that the company started its investments by launching its first project in the New Administrative Capital, which was distinguished in all its details, starting from its location, the nature of the real estate product presented in the project, as well as the project’s marketing mechanism, where new concepts were presented in the project, including the compulsory rent in a different and new way, in addition to presenting the concept of a three-party lease agreement which guarantees business rights and achieves investment returns for it.

He explained that the company launched “Gemini Towers” project, which includes two towers: Gemini Red& Gemini Blue, and the project is located near the most important roads and axes, minutes away from the Green River, and includes various areas that was designed in a smart way that ensures the best use of it and achieve the client’s convenience.

Mohamd Moustafa, Mazaya Developments CEO, added that the two projects are located on an area of ​​5,000 meters, with total investments exceeding one billion pounds, as the company succeeded in marketing the project’s first phase in 40 days only after its launching, as they are both commercial administrative projects with a ground and 14 floors height, besides the company presents various and distinctive payment systems for the project.

He assured that the company’s investment plan was developed based on strong studies that ensure gradual expansion and seizing unrepeatable investment opportunities, and the company launched its first project and marketed it according to a specific plan, then launched two other projects. 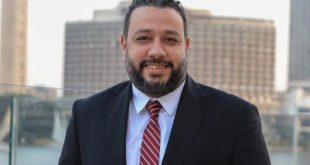 Wassim Ouda to head the Commercial Sector at Nakheel Developments 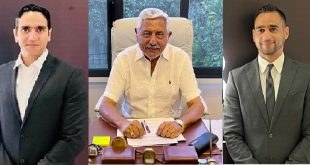 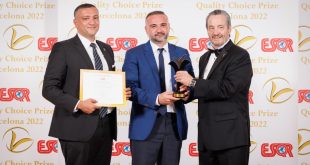 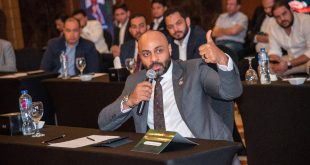 Consultant Engineer Bahgat Sabry, Chairman of Constructa Developments, confirmed the importance of the …

Powered by WordPress | Designed by TieLabs
© Copyright 2023, All Rights Reserved